This section of the Byway runs south inside the Rio Grande valley, which has for centuries been an agricultural and transportation corridor along the Rio Grande – the fourth longest river in the world.

Interstate 25, the major north-south road in New Mexico, runs parallel to the Rio Grande and provides easy access to the river towns which have most of the County’s population and services. The non-urban roads in this zone are state-maintained highways with two 12-foot-wide paved driving lanes and intermittent shoulders.

Elephant Butte is named for an ancient volcanic cone which sits in the lake and resembles an elephant’s head.  It is New Mexico’s largest and most popular lake with outdoor recreation and events throughout the year.  Elephant Butte Lake State Park has full park services, excellent fishing, swimming and water sports.

Elephant Butte offers hiking, recreation on the lake, ATVing, and other activities — regardless of current water level.

If you’re up for an event, visit in July for the huge fireworks show over the water, in August for the Annual Balloon Regatta, in September for Elephant Days, or in December for the Luminaria Beachwalk.

The weather is great year-round and there’s always something to do if you enjoy the outdoors.

TWO SIDE TRIPS FROM ELEPHANT BUTTE

Built in 1879 as a station on the Atchison, Topeka and Santa Fe Railroad, Engle became a thriving cattle town and shipping point for ore and supplies. The area east of town was restricted by the U.S. government when it created White Sands Missile Range in 1945, and that spelled the end.

Engle lies on the Jornada del Muerto, the roughest section of El Camino Real. To get to Engle, drive east past Elephant Butte Dam until the highway ends at the railroad tracks. The world’s first purpose-built Spaceport can be accessed by turning south at Engle. When you see the “Genesis” sculpture, you will be at the gates of Spaceport America. The facility is not open to the public but the sculpture and scenery make the drive worthwhile.

Fish Hatchery Park, formerly Paseo del Rio, provides a more remote, less crowded atmosphere than the nearby lake, and is ideal for fishing, strolling on paths, or contemplating nature.

“T or C” is home to the Geronimo Trail Scenic Byway Visitor’s Center, where you will find brochures and other information to get the most out of your trip.

Formerly named Hot Springs, Truth or Consequences has been touted as America’s Most Affordable Spa Town. The downtown area sits over a huge geothermal aquifer of 110-degree-Fahrenheit mineral water which comes to the surface at the river and through wells and pools.

For hundreds of years it was neutral ground for Southwestern Indians who came to relax and heal. The spa area is a National Historic District and its bathhouses still provide comfort and ease of muscle pain to residents and visitors alike. A newly established walking path, the Healing Waters Trail, loops through downtown’s hot spring & commercial district, anchored by the Veterans Memorial Park on the western end and Ralph Edwards Park on the eastern end. 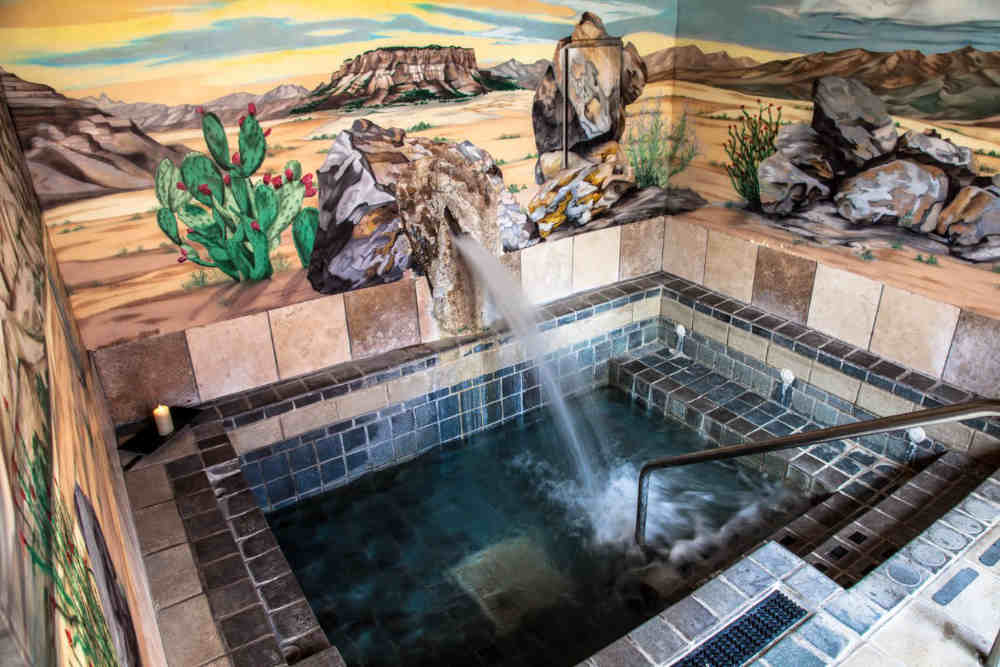 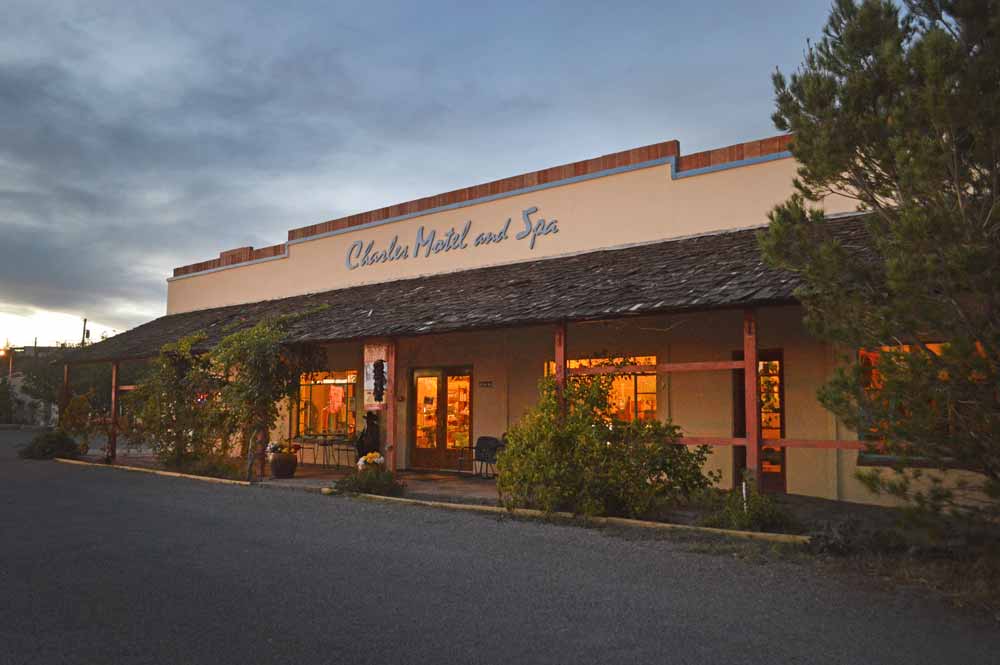 This hike is popular with locals and visitors alike. Many people refer to the mountain as “Turtleback” — you may also see it identified on maps as “Caballo Cone.”

For more information on this and other hikes in the area, see SierraCounty.info/hiking.

The map below links to the trail as shown on Google Map.

In 1949 a group of about 300 Truth or Consequences residents broke away and created the Village of Williamsburg. A disastrous flood in 1976 prompted construction of the Powey Mud Springs Canyon Dam in 1980. Its unusual washboard-like face, designed to impede the flow of floodwater and debris, is visible on the other side of I25 from much of Williamsburg. At the far end of town, you’ll turn southbound onto two-lane Highway 187 and follow the Rio Grande past Las Palomas and toward the Caballo Mountains.

The Village of Caballo is the gateway to Caballo Lake and Percha Dam State Parks. The town and the lake are both named after the mountains and the mountains were named for the herds of wild horses found to be descendants of the horses brought here in the late 1500s.  Sierra de los Caballos literally means “Sawtooth-Ridged Mountain Of The Horses.”

The original community of Caballo, dating back to 1908, is under water. In 1938, when the lake behind Caballo Dam began to fill, it covered the homes of settlers. These families moved their homes to the foothills on the west side of the Rio Grande, where they continued to raise livestock.

THREE SIDE TRIPS FROM CABALLO

Four-wheeling in the Caballo Mountains

The Caballo Mountains provide fantastic opportunity for 4×4 recreation. Stop by the Visitor Center to pick up a map of assigned trails.

Roads are shown at the right in orange.

If you want to explore trails in the company of experienced 4-wheelers, check out the Chile Challenge 4WD Trail event held annually in September.

Just south of Caballo Lake, Percha Dam State Park is a quiet, serene getaway under the shade of tall cottonwoods, Russian olives, and salt cedars. Like the other two other State Parks on the Byway, Percha is designated an Audubon Important Birding Area and is one of the top 5 birding sites in New Mexico. It provides spectacular birding during the spring and autumn migration seasons.  Full park services are available and Percha Dam is also a popular area for fishing.

Continuing south past Caballo, Highway 187 passes through Arrey, where dairy farms and chile processing plants are abundant, before crossing the Doña Ana county line. Continue through the towns of Derry, Garfield, and Hatch (New Mexico’s “Chile Capital,” about 35 miles from Truth or Consequences) to see an array of crops on either side of the highway, including but not limited to chile, onions, cotton, pumpkins, maize, and alfalfa.

In late summer, workers gather in the fields to harvest New Mexico’s most famous chiles, which are picked by hand in late summer for the green variety, and a few weeks later for the red. Hatch’s annual Chile Festival is held over the Labor Day weekend.